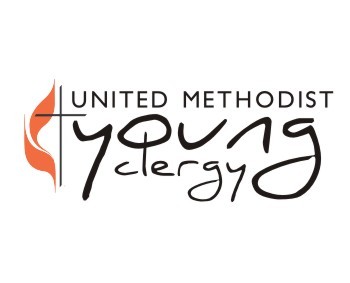 Young Clergy is defined in my conference as those clergy 35 years old or younger. Depending on who is talking, some people like to move the line to those under 40.  Now that I am in the middle of those two lines (will be officially 37.5 years old in a few weeks) I thought I had enough experience to weigh in on this idea.  As a 37 year old let me say this…stop calling me a young clergy.
I am honored that many fellow clergy and laity alike, look upon my head of dark hair (now speckled with flashes of white here and there) and you see a young whippersnapper.  I will take it because part of me really wants to be young.  I know I look at people 10-15 years younger than me and they still look REALLY young.  So I get it.
As I wrote I started to go into a rant about how Young Clergy can seem very condescending because it denotes inexperience, lack of knowledge and cheek-pinching.  However, I don’t want this post to turn into that.
Here is why I think it is important to make sure that those we call Young Clergy stays at 35 years old and younger.  According to the US Census, middle age starts at 35 and ends at 54.  I know the most painful birthday for me was 35 when I had to start checking the box marked 35-44 years old.  Something switched in my brain because I realized I really wasn’t young any more.
As I switched boxes in my age I also switched in years of experience. 25 years old is the age someone graduates who went straight through from high school to a Bachelor’s degree to Seminary.  25 years old is when you start full time ministry.  Starting ministry at 25 gives a person 40+ years of a ministry ahead of them.  By the time they are 35 they have been doing full time ministry for a decade.
10 years of experience in any field doesn’t equal a newbie, rookie, beginner or greenhorn.  After 10 years, this minister has a vast knowledge and experience.  S/he is probably on a second or third appointment and ministry isn’t new anymore.  It makes sense that after a decade of ministerial experience we stop calling them “young clergy.”  Continuing to do so, shifts the term from one of applause to condescending.
The larger issue is that if we redefine “young clergy” as those under 40 we are doing so to boost the numbers and make ourselves feel and look better.  We have a leadership gap when it comes to those who make ministry their first and hopefully lifelong vocation.   According to the Lewis Center Report on ClergyAge Trends in the United Methodist Church Report (2014), in my conference [Western North Carolina] 37.48% of the clergy (Elders, Deacons and Local Pastors) are between 55-72 years old.  5.51% are under 35 years old.  59 is the most represented, or Mode age, in our conference.
This is telling and painful therefore the tendency is to try and shift the data to make ourselves feel better.  The numbers will jump if you shift ‘young clergy’ from 35 to 40, although not very drastically.  Yet, you are not accomplishing anything in shifting that line.  All you are doing is ignoring the current reality.
Baby Boomers are listed as people who are born between 1946-1964.  Generation Xers are those born between 1965-1980 and the Millennials between 1981-2000.  In a little more than a year the Millennial Generation will have its first 35 year old and they will have to check that new box.   That is a hard pill to swallow but to adjust the age of whom we call “young clergy”, once again ignores our current reality.
Let’s keep the ages firm, 35 years old and younger are “young clergy.”  Not in experience nor ability but simply because they haven’t reached middle age yet.